Mr. Raymond Busuttil of I...

Another record year for I...

It was another time in Go...

IIG Round the Islands Rac...

Malta, April 2016: IIG Bank continued to grow its presence internationally despite the fact that during 2015, energy and related products hit ten year lows and as a consequence there was a general slowdown in global commodity trade, primarily effected by the slowdown in China and the lower purchasing capacity of oil driven economies. Profits increased and the Bank's balance sheet reached new heights, whilst retaining high levels of liquidity. 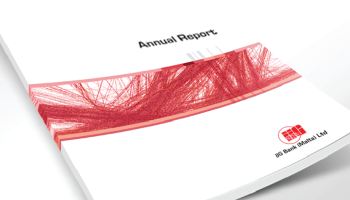 The Bank's balance sheet grew by 23% during 2015, from $156.3 million to $192.8 million, and its equity, composed of its share capital, the investment portfolio's fair value reserve and the retained earnings after tax for the year, increased from $20.1 million to $23.4 million.

During 2015, the Bank continued to build its operational capability and its business network internationally, venturing into new areas while expanding its banking relationships to support its fast growing business. This also meant additional investment into specialist skills at all levels of its organisational structure. The bank continues to grow its customers, both its depositor base and its loan portfolio clients. The Bank remains focused on establishing long lasting relationships with clients, ensuring that the service expectations of its discerning customers are met with efficiency.

Reporting on the performance of the Bank, Raymond Busuttil, Managing Director and Chief Executive Officer of IIG Bank (Malta) Ltd, said: "The Bank has generated an exceptional profit in 2015, despite the general slowdown and slump in commodity prices, but what really provides satisfaction to the board and executive management is the fact that the Bank is taking its rightful place in the world of international trade and commodity finance."

"While we were hopeful that in 2016 the world economies would be in much better shape, it is still evident that more time is needed to see real, sustainable growth in the major economies. Some positive signs are there, like better news from China, the recent hike in oil prices and an improvement in the economics of emerging economies, but, both the Fed and more so, the ECB are still taking very cautionary steps and retaining a restrained outlook on how things will shape up in 2016".

"Although 2016 will be a challenging year for us all, we are still very positive that the Bank will continue to grow in this environment, while exercising caution. Our success depends on the quality of our people and our philosophy to deliver on time and every time. We operate in a highly competitive environment and customer satisfaction comes on top of our agenda. I therefore take this opportunity to thank our highly motivated staff and dedicated board members for delivering such great results. I also thank our loyal customers for their trust and continued support."